2016 ended with a real bang for WRASAC and our services. We had a fantastic and youthful turnout to our annual Reclaim the Night. This was quickly followed by our first national conference on Prostitution and Commercial Sexual Exploitation. We thought we would take this opportunity at the end of the year to reflect on our achievements over the last year. 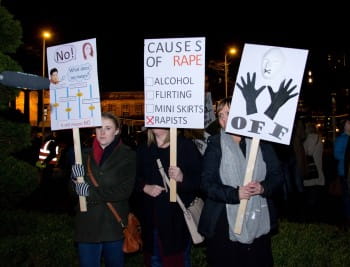 On 27th June 2016 WRASAC Dundee and Angus along with Holly and Matthew from Police Scotland Youth Volunteers delivered a presentation on ‘sexting’ at the European College of policing training seminar Social Media Implications and Law Enforcement. The event was hosted by the Chief Constable of Greater Manchester Police Ian Hopkins . 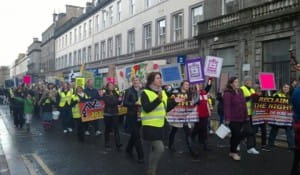 WRASAC Dundee & Angus are delighted to announce that this years Reclaim the Night March will be held on Thursday 3rd December, 6pm, City Square in Dundee.

Reclaim the night marches have been held across the UK for many years as a way to raise awareness about violence against women and girls. By marching through towns and city centres, the voices of people coming together to spread the message that this type of violence will not be tolerated, and that women and girls have the right to feel safe in their communities.

This is the third year that WRASAC Dundee has organised a Reclaim the Night event, and every year the march gets bigger and better. In line with previous years’ events this event has been organised as a key part of Dundee’s 16 Days of Action. The 16 Days of Action is a worldwide event which aims to push for positive social change to increase the safety of women and girls in all communities. 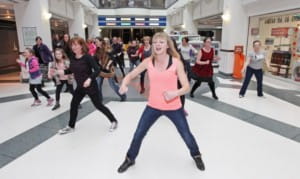 Dozens of women, children and young people staged a FLASHMOB in Wellgate on Valentines Day as part of the One Billion Rising campaign will be marked across the UK and the World.

The FLASHMOB took place in the Wellgate Centre on 14th February at 1.00pm and brought together women, men and children from all different walks of life to demand justice for the one billion women across the world who will be raped or beaten in their lifetime. We were joined by hundreds of thousands of other activists from every corner of the world!

Dundee Women’s Aid and the Women’s Rape and Sexual Abuse Centre – Dundee & Angus teamed up to stage the choreographed Flashmob. The dance involved, men, women and children of all ages and abilities – with many performing for the very first time.

Reclaim The Night 2014 a huge success! 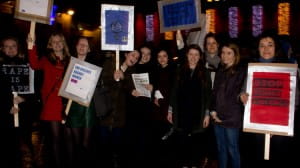 Hundreds of people young and old, braved the wind and the rain and marched to demand that our streets and our homes should be a place of safety – not violence.

The march was supported by a host of local organisations and individuals, including the White Ribbon Campaign, a campaign for men opposed to violence against women.

This was the city’s 2nd Reclaim the Night March – Uniting to End Violence Against Women. This event coincided with the 16 days of action to end sexual violence against women and young people that runs globally between November 25th and December the 10th annually.