What to expect from support at DAYS 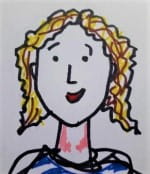 Welcome to my first blog which will look at how the support workers here at Dundee and Angus Young Survivors help young people. We work with children as young as 10, and young people to 18 years or so. That’s a big age range. This explanation could seem quite simplistic, or maybe complicated. It’s hard to write something that suits everyone. But when it comes to working with young people, we don’t treat everyone the same. We adapt to suit you.

Today is the International Day Against Prostitution. In order to show our support Vice Versa have launched its long awaited and thought provoking film ‘Hidden’.

The film shows the harrowing hard hitting dangers and harmful realities of woman involved in prostitution through real lived experiences of women. The film focuses on how vulnerable women suffer at the hands of men who see them and their bodies as commodities to be bought and sold and highlights the fact that this is not a ‘choice’ and that each woman has their own story often surrounded by trauma and violence.

Vice Versa promotes the health, rights and dignity of woman involved and strives to raise awareness in order to challenge the negative views surrounding woman involved in prostitution.

A Day in the Life of an Outreach Counselling Support Worker

When people ask me what I do for a living, and I tell them that I support women who have experienced rape and sexual abuse, they look at me and immediately say “goodness, that must be really hard”. And yes while moments of my day can be emotionally demanding, in truth I consider my job to be a privilege that leaves me feeling inspired and hopeful every single day.

WRASAC - Dundee and Angus has submitted the following evidence to the Dundee Drugs Misuse Commission Call for Evidence.

We support survivors of all genders aged 11 to 18.