If you have been involved of prostitution or commercially sexually exploited you may have experienced sexual violence many times. If you feel you are ready to talk we are here to offer you support and information free from judgement, whether or not it is in the past or happening now.

WRASAC recognises that those involved in prostitution are often at high risk of sexual violence. The law in Scotland is absolutely clear – rape and sexual violence carried out in the context of prostitution is a criminal offence, and all survivors are entitled to exactly the same justice and support. There have been a number of successful prosecutions in Scotland in recent years of cases involving sexual violence against women in this context, and we have supported many women, including trans women, involved in prostitution who have been raped and sexually assaulted. 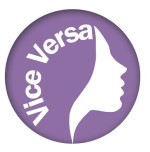 We have a dedicated support service for women, including trans women, involved in or at risk of prostitution called Vice Versa – you can also be referred to them for support if you wish. Vice Versa is a partnership project delivered by Women’s Rape and Sexual Abuse Centre (WRASAC) and CAIR Scotland. Together we bring a range of specialist support services to you aimed at increasing your safety whilst involved in prostitution and supporting you to find routes out of prostitution if this is something you wish to do.

What is commercial sexual exploitation?

There is no fixed definition of commercial sexual exploitation (CSE), but a useful definition is:

“Sexual exploitation is a practice by which person(s) achieve sexual gratification, or financial gain, or advancement through the abuse of a person’s sexuality by abrogating that person’s human right to dignity, equality, autonomy, and physical and mental well-being.”

Exploitation includes offering drugs, food, shelter, protection, other basics of life, and/or money in exchange for sex or sexual acts.

It includes prostitution, stripping and lap-dancing, pornography and sex trafficking, as well as innumerable variants from sex-chat lines to mail order brides. CSE is included in both Scottish Government and United Nations definitions of violence against women based on the physical and mental harms suffered by victims and its roots in and impact on gender inequality. These harms stretch from difficulty entering other forms of work to increased likelihood of drug and alcohol abuse, difficulty with relationships, mental health issues including post-traumatic stress disorder, physical and mental abuse, rape, assault, and increased mortality rates. The Scottish Government definition of CSE notes that it is harmful “irrespective of whether individual women claim success or empowerment from the activity”.

It is our view that commercial sexual exploitation is inextricably linked with both the prevalence and the acceptability of sexual violence within our society. Any work towards gender equality and the elimination of male violence against women is undermined so long as the abuse of women and children through commercial sexual exploitation goes unchallenged. The objective of work around sexual violence must be the eradication of rape and this will not be achieved until we tackle the root causes of this violence – namely structural inequality, negative attitudes to women and society’s tolerance and acceptance of these attitudes.

Commercial sexual exploitation commodifies women and girls and supports a culture that views women as objects who are more a ‘sum of body parts’ than a whole being, and eroticises men’s violence and their perceived ‘right to buy’ whatever acts they have sexualised.

Whilst sexual exploitation mainly involves the abuse of women and girls, men and boys are also affected. Firstly some men and boys are directly abused and exploited through prostitution and pornography, overwhelmingly for use by men. Secondly men are financially exploited by the sex industry – they are paying to access something that should be free, equal and respectful. Whilst the vast majority of men who buy sex are in a position to choose – unlike the women and children who are prostituted – nevertheless we are concerned at the normalisation of the sex industry and the pressure on men, especially young men, to be consumers within the sex industry.

5 Eden (2003), Lapdancing and Strip Tease in the Borough of Camden http://www.childtrafficking.com/Docs/poppy_03_lap_dancing_0109.pdf

Information for women involved in prostitution.