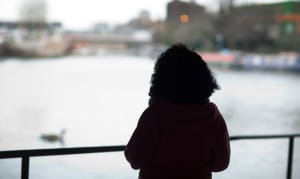 I remember happy, 8 happy years just me and my dad and then it all changed, suddenly. He had a partner and she was very pregnant and moving in. I didn’t know her, I’d never met her but it seemed okay at the start she didn’t really bother with me but as soon as baby came I became an inconvenience, she hated me, she lied to my dad about me and she had no problem showing her contempt with a fist or whatever came to hand even my dad was lifting his hands.

When he walked into our lives I was ripe for the picking, he was kind, he made me feel special and offered me a safe haven at his home. It was very subtle the way he did it, he exposed himself to me on several occasions and when I first touched him he made me think I initiated it and that was the start of the abuse, there was no aggression or violence and I let it happen because I thought he loved me, I was 10.

By the time I was 16 I had been abused by 2 other men, I was in and out of care, self-harming, drinking, taking drugs and generally being rebellious.

I had just turned 16 the first time I was raped, my friend and I went to a party and we were the first girls there, I had two drinks, the next think I know I was coming around, I was confused, I knew I was naked and felt someone trying penetrate me and another trying to put his penis in my mouth, at that point I started to fight back and was brutally beaten by at least 3 of them.

I have been raped 3 times since then, violence played a part in 2 rapes, I was 17 and 18 at the time and the date rape drug was used in the third rape, I was 37 but the one thing I do remember is being told “you want this” “ you were asking for this”.

The abuse changed my life and my thinking, I drank too much, took too much drugs, got into bother, went to prison and couldn’t sustain relationships. I have always blamed myself for the abuse and the rapes, it was something about me that made them hurt me, I didn’t know the difference between love and sex and was very liberal with my favours, I have low self-esteem, suffer from depression but from an early age I learnt to paint on the smile, make believe all was well with the world and built a brick wall so high that nobody was getting over it. The horrors were wrapped up in a neat little bow and put away in the darkest regions of my mind.

I had a child, sorted myself out, worked hard, got some qualifications, I have a grandchild now that I love with every inch of my being and then my dad passed and everything that I’d put away reappeared and I just cracked, I couldn’t cope with the pain.

I was told about WRASAC and contacted the centre and with time and a lot of patience I opened up and revealed my “dirty secrets” as I called them. I know I’m broken and there’s not enough glue in the world to put me back together but I’ve learned now to stop blaming myself, I had no control over these situations, I always believed that it was my fault I was abused but I know it wasn’t, I was a child, I’ve only started saying I was raped instead of they forced there selves on me.

There aren’t the words to explain the relief you feel knowing that the person you are talking to believes you and is not going to judge. I’ve thought long and hard about what has happened and at times I’ve thought about reporting it, but what’s the point, I feel nothing for these people, they may have played a part in shaping my life for all the wrong reason but I have no need for revenge it would serve no purpose. I’m happier now than I have been in years…..life’s good.